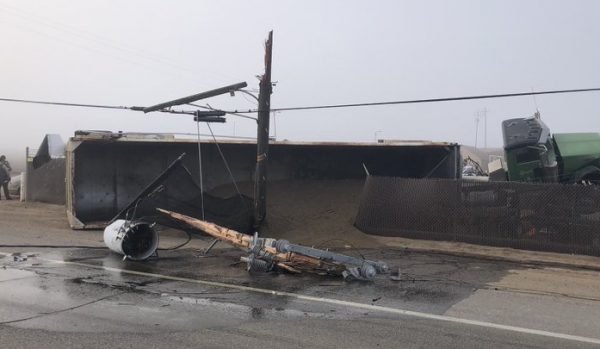 One person died following a collision between a semi-truck and a sedan east of Santa Maria Monday morning.

At about 6:35 a.m., the semi-truck collided with the sedan near the intersection of E. Betteravia and Philbric roads, according to the Santa Barbara County Fire Department. The crash caused the bed of the truck to overturn and fuel to leak. Power lines were also knocked down.

One person who was inside the sedan died and another suffered non-life threatening injuries. The truck driver sustained minor injuries.

CHP officers are investigating the crash.