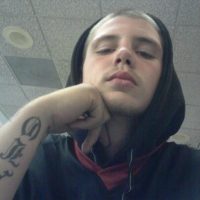 A 26-year-old Paso Robles man led officers on a high-speed chase from San Luis Obispo to Orcutt on Tuesday, according to the SLO Police Department.

CHP officers deployed a spike strip near Santa Maria Way in Santa Maria. Even though a front and rear tire were deflated, the driver continued southbound on Highway 101.

Near Clark Avenue in Orcutt, officers initiated a pursuit tactic that caused the truck to turn sideways abruptly, and then stop.