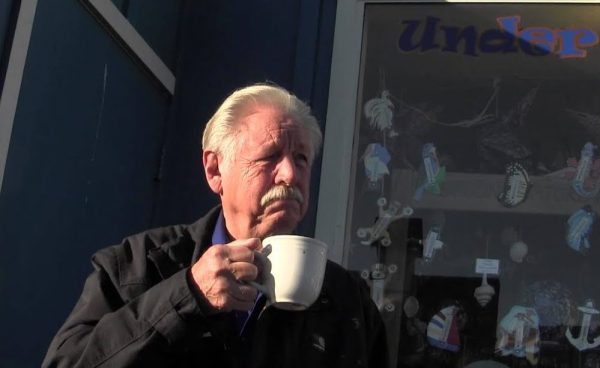 George Leage, known as an ever-present man in the Morro Bay waterfront restaurant business, who also served on the city council, has died. [KSBY]

Leage died April 27 following a long battle with cancer. He was either 84 or 85 years old.

After Leage moved to Morro Bay as a teenager, his family began operating The Cannery, which ran an oyster aquaculture operation and sold other fresh seafood that was purchased from commercial fishing boats. Leage then served as an Army drill sergeant during the Vietnam War.

Following his military service, Leage worked at, owned and operated restaurants on the Embarcadero, including Harbor Hut and Great American Fish Company, both of which he owned for decades.

Leage purchased Harbor Hut from his father-in-law in 1978. Leage’s son took over ownership of the restaurant in 2009.

Leage served one term on the Morro Bay City Council, spanning 2010 through 2014.

Multiple sons of Leage remain in the area, and the Leage family has a long legacy in the city, Morro Bay Harbor Director Eric Endersby said. The city of Morro Bay also released a statement following Leage’s death:

“The city of Morro Bay is deeply saddened by the recent passing of George Leage, and our condolences go out to his family and friends. George cared deeply for this community, and was a business icon on Morro Bay’s waterfront, starting or being deeply involved with many business ventures over the decades that successfully operate to this day. The community will miss him, the waterfront will miss him and we will miss him.”

Plans for funeral services have yet to be announced.