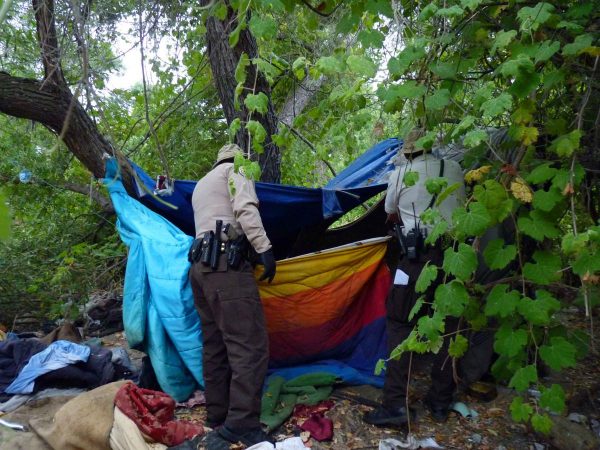 The city council previously adopted multiple ordinances barring overnight access to parks and public spaces. Last year, a group of homeless individuals and advocates sued the city in federal court, asking that San Luis Obispo’s homeless population be granted the right to sleep in tents and vehicles in public places without facing destruction of their property, harassment, fines and criminal charges. Earlier this year, a judge rejected the city’s attempt to have the case dismissed.

Prior to the lawsuit being filed, the city tabled a proposed ordinance clarifying that tents and similar structures are prohibited in city parks. Recently, though, city staff brought the ordinance back to the council.

Tents create visual blight and unsanitary conditions in public parks and can be used to conceal illegal activities, including public drug use, alcohol consumption and sex, a city staff report on the matter stated.

Last Tuesday, during deliberations on the ordinance, council members discussed the occurrence of violent and unsafe behavior in city parks. The council voted 3-2 to adopt the ordinance banning tents in city parks, with Councilwomen Andy Pease and Michelle Shoresman casting the dissenting votes.