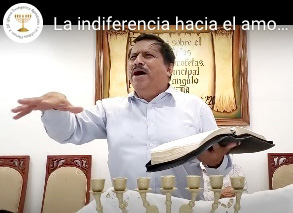 A ceremony described as an exorcism that was performed on a three-year-old girl at a San Jose church last fall allegedly killed the child, and the victim’s mother has been arrested over the death. [Mercury News]

In September, faith leaders at Iglesia Apostoles y Profetas performed a ceremony on Arely Naomi Proctor to “liberate her of her evil spirits.” They claim the child’s death was the will of God, not the consequence of an exorcism.

Claudia Hernandez, the mother of the victim, allegedly withheld food from her daughter and squeezed her neck during the exorcism. Hernandez waited an hour or two after her girl’s death to call 911, according to court documents.

Authorities arrested Hernandez and charged her with assault on a child resulting in death.

Rene Huezo, the pastor of Apostoles y Profetas and grandfather of the victim, performed the exorcism on his granddaughter. Huezo said he feels a lot of pain over the death of his grandchild, but the death was the will of God.

“If you read the Bible, you’ll see that Jesus casts away demons and made sick people healthy again,” Huezo said. “It’s not when I want to do it, it’s when God, in his will, wants to heal the person. The preacher is like an instrument of God; what we do is what God says.”

Both Huezo and the victim’s uncle allegedly held the girl down during the ceremony. Neither has been charged over the incident.

Apostoles y Profetas is a small Pentecostal church that serves about 25 members of the Salvadoran and Mexican communities in San Jose. The church was also attended by at least one of the suspects in the kidnapping of an infant boy in San Jose last month.