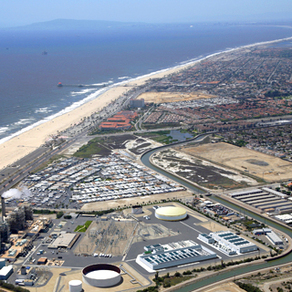 The California Coastal Commission has rejected a planned $1.4 billion desalination plant in Orange County over environmental concerns, despite the state’s ongoing drought conditions. [The Guardian]

On Thursday, the Coastal Commission voted unanimously to deny a permit for Poseidon Water to construct the Huntington Beach plant. The decision came at the conclusion of a heated hearing attended by dozens of supporters and critics of the proposed desalination plant.

The Coastal Commission rejected the proposal, even though Gov. Gavin Newsom supported it. California has spent most of the last 15 years in drought conditions, and Newsom last summer urged residents to cut water consumption by 15 percent.

Environmentalists opposed the planned desalination plant, arguing it would kill billions of tiny marine organisms by drawing in large amounts of ocean water and releasing salty discharge back into the ocean. The affected organisms make up the base of the food chain along a large swath of the coast, environmentalists say.

“I cannot say in good conscience that this amount of damage is okay,” Bocho said.

Other critics said the desalinated water would be too expensive and is not urgently needed in the area where the plant would be built, which is less dependent on state and federal water due to an ample aquifer and recycling program.

“California continues to face a punishing drought, with no end in sight,” the company said in the statement. “Every day, we see new calls for conservation as reservoir levels drop to dangerous lows. We firmly believe that this desalination project would have created a sustainable, drought-tolerant source of water.”