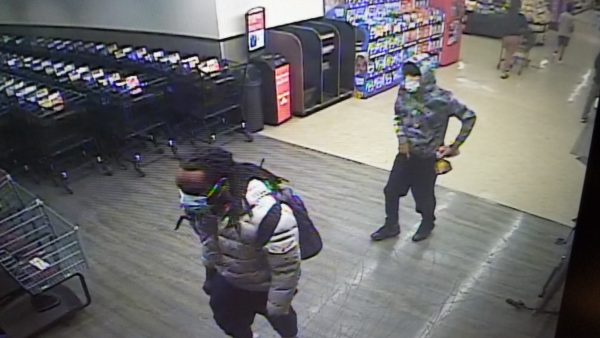 Grover Beach police officers are asking the public for help with identifying two men who stole thousands of dollars worth of alcohol from the Vons grocery store in the South County city Wednesday night.

At about 9 p.m., the suspects forced entry into the back storage room of Vons. They then stole several thousand dollars worth of alcohol form the storage room and fled.

Police have released an image of the suspects from surveillance footage of them inside Vons. Anyone who recognizes the suspects is asked to call Sergeant Ryan Wade at (805) 473-4511.