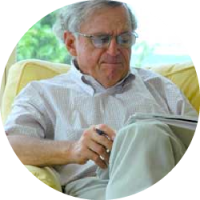 Swiss billionaire and owner of Halter Ranch Vineyard in rural Paso Robles, Hansjörg Wyss, is facing allegations he bankrolled Democratic causes with dark money and that he made illegal campaign contributions, which is the subject of a lawsuit against the Federal Election Commission (FEC).

Last May, Americans for Public Trust filed a complaint with the FEC, alleging Wyss and organizations he controls made and accepted prohibited contributions from foreign nationals; unlawfully concealed the identity of contributors; made contributions in the name of another through the use of conduits; and failed to register and file required disclosures with the FEC. The FEC acknowledged receiving the complaint, but has failed to properly investigate the matter,  Americans for Public Trust alleges.

On April 26, 2022, Americans for Public Trust filed a lawsuit against the FEC in the Washington D.C. District Court, urging the commission to take action on alleged illegal donations made by Wyss.

“Americans for Public Trust is suing the FEC for failing to investigate foreign money in our elections,” Americans for Public Trust Executive Director Caitlin Sutherland said in a statement. “Mr. Wyss, who is barred from directly or indirectly influencing our elections, has done just that by potentially funneling hundreds of millions of dollars through the Arabella Advisors network to benefit liberal and left-wing causes. Until the FEC takes action, we won’t know the full extent of his foreign interference in our electoral process.”

The New York Times previously reported, between 2016 and early 2020, two of Wyss’s organizations donated $208 million to three nonprofit funds, which then doled out money to a wide array of groups that backed progressive causes and helped Democrats win the White House and Congress in 2020. Wyss has also donated tens of millions of dollars since 2016 to groups that opposed former President Donald Trump and promoted Democrats and their causes.

Wyss has quietly become one of the most important donors to left-leaning advocacy groups, and he is an increasingly influential force among Democrats, the May 2021 New York Times report states. The report also describes Wyss’s donations as being “channeled through a daisy chain of opaque organizations that mask the ultimate recipients of his money.”

The Swiss billionaire, who reportedly has a net worth of more than $5 billion, made his fortune in the medical manufacturing industry. Wyss is the former CEO and largest shareholder of Synthes, a multinational medical device manufacturer. In 2012, Wyss sold Synthes to Johnson & Johnson for $20.2 billion.

Wyss purchased Halter Ranch in 2000 and enlarged the vineyard. The estate currently spans more than 2,700 acres with 200 acres of grapes, 15 acres of walnuts and 17 acres of olives. Wyss previously stated he believes Paso Robles is the best place in California to pursue his dream of producing world-class grapes and wines.

Last year, the billionaire mounted a failed bid to purchase Tribune Publishing Company, the publisher of the Chicago Tribune, New York Daily News and other American newspapers. Wyss is currently part of an ownership group that is in the process of purchasing Chelsea Football Club in the United Kingdom from Russian oligarch Roman Abramovich.