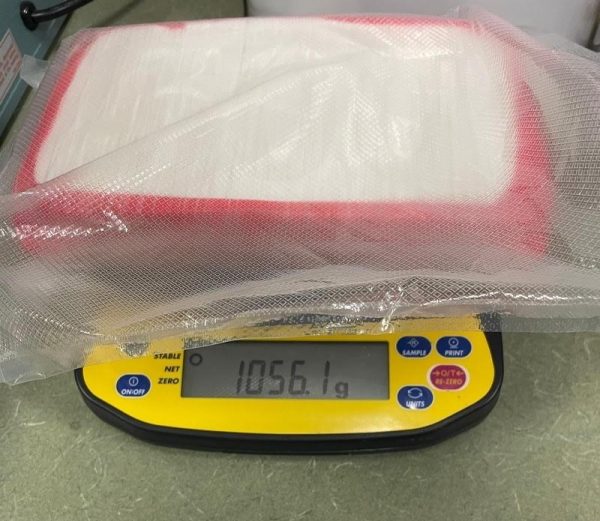 San Luis Obispo County Sheriff’s deputies caught a wanted felon with a large amount of fentanyl last month after a woman and the felon attempted to flee officers in Nipomo.

At about 10:30 p.m. on April 22, members of the Sheriff’s Gang Task Force were tracking 31-year-old Julian Joy Ackerman of Coalinga, a wanted felon who was suspected of driving into SLO County with a large amount of narcotics. Deputies spotted a car with Ackerman and a female driver inside, according to the SLO County Sheriff’s Office.

Deputies pulled the car over on northbound Highway 101 just south of the Tefft Street offramp in Nipomo. While a deputy questioned the occupants of the vehicle, the driver suddenly took off and exited the highway at Tefft Street.

Deputies then located and stopped the car at E. Tefft and Beechnut streets in Nipomo and detained the driver, 20-year-old Zoe Elizabeth Rutledge of Nipomo, while Ackerman fled on foot.

Deputies spotted Ackerman in the front yard of a house. The suspect then ran into a nearby field close to East Branch Street in Nipomo. Authorities caught and arrested him there.

Detectives found a backpack in the field that had previously been spotted in the vehicle. There was a kilogram, or approximately 2.2 pounds, of fentanyl inside the backpack. The fentanyl is estimated to be worth $25,000, or $125,000 if sold by the gram.

A lethal dose of fentanyl is two milligrams, according to the Drug Enforcement Administration. Thus, one kilogram of pure fentanyl consists of approximately 500,000 lethal doses, deputies said.

Both Ackerman and and Rutledge currently remain in San Luis Obispo County Jail. Ackerman’s bail is set $266,000, while Rutledge’s is set at $50,000, according to the sheriff’s office website. 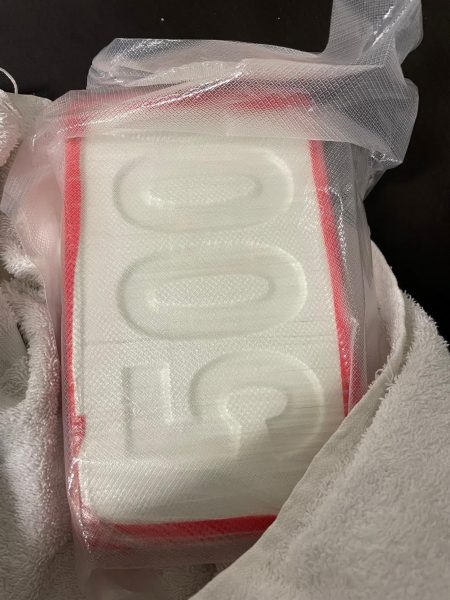