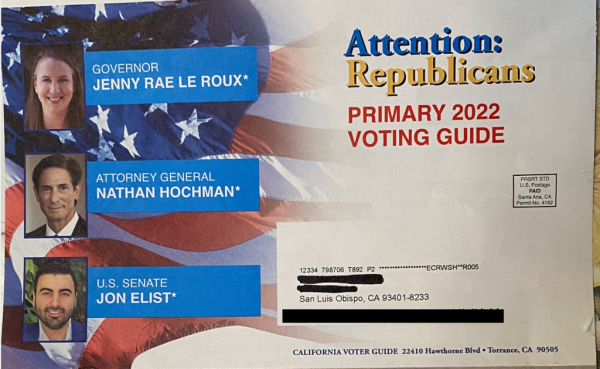 Deceptive slate mailers were recently sent to registered Republicans in three San Luis Obispo County districts, in what appears to be a chameleon like attempt to disguise three Democratic candidates as endorsed by the Republican Party.

In a county that swaps between a Democratic and Republican majority, slate mailers have become common place among both conservative and liberal candidates. These costly fliers often blur the lines between political endorsements and paid advertising. 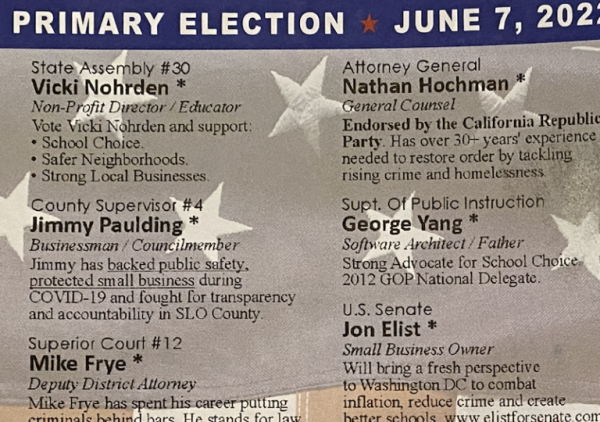 Titled “Attention Republicans – Primary 2022 Voting Guide,” the fliers appear to recommend candidates endorsed by the Republican Party. But mixed between eight Republican candidates is one of three Democrats running for county supervisor: Jimmy Paulding, Bruce Gibson or Dawn Ortiz-Legg, depending on which candidate is running in the district.

With a red-wave of voter turnout predicted for 2022, Paulding and Gibson have refused to label themselves as liberals on the radio and to some constituents.

In order to determine if a flier is a slate mailer, California law requires a notice to voters that identifies the group is “NOT AN OFFICIAL POLITICAL PARTY.” The latest triad of slate mailers includes the required identification.

3 Comments about “Democratic candidates in SLO County disguised as Republicans”