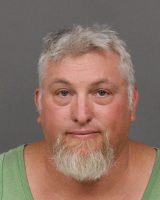 The Lucia Mar Unified School District has agreed to pay a $10 million settlement to the special-needs girl whom a district bus driver, who had a history of peeping, sexually abused numerous times. [LA Times]

David Kenneth Lamb, 53, abused the then-9-year-old girl repeatedly when she was riding on his school bus. The abuse, which occurred between January and May 2017, consisted of Lamb showing the girl pornography on his phone, touching her vagina and exposing his penis to her and making her touch it, according to court testimony. Lamb would often pull off the road, park in a secluded area and then sexually abuse the girl, according to court documents.

In 2019, Lamb pleaded no contest to two felony charges of committing lewd acts on a child. He was sentenced to 16 years in prison and required to register for life as a sex offender. Lamb is currently serving time at Chuckawalla Valley State Prison in Blythe, with his parole eligibility date set for April 2028.

Lucia Mar hired Lamb despite him having previously been convicted of a peeping offense. In 1998, Lamb was convicted of misdemeanor disorderly conduct for peeking into an inhabited building.

The misdemeanor conviction itself would not have legally precluded Lamb from employment with the school district because it did not require him to register as a sex offender. However, Lamb falsely stated on his initial Lucia Mar job application that he had never been convicted of a felony or misdemeanor.

After a background check revealed Lamb failed to report a conviction from 1998, the district notified Lamb he could not be hired because he made an omission or false statement on his job application.

Nevertheless, Lamb’s eventual supervisor at Lucia Mar, Sharon Harwin, told him to reapply for the job, Lamb said. Lamb submitted a second application, in which he disclosed his conviction as “misdemeanor trespassing/loitering.” Two days later, Lucia Mar hired him.

Lucia Mar’s $10 million payout will settle a lawsuit the victim’s family filed against the school district. The settlement is the largest of its kind for an individual case, according to attorneys David Ring and Robert May, who represented the victim.

According to the lawsuit, at least one of the incidents of abuse was caught on the school bus’s security camera. After the girls’ parents informed the school of the alleged abuse, a transportation manager said he reviewed the tapes and found no inappropriate behavior.

Court testimony also indicated, after the parents reported the abuse, school officials determined the girl was lying and Lamb continued abusing her.

Additionally, records show two educators suspected Lamb may have victimized a second student. In letters to a Lucia Mar official, educators at a South County elementary school stated a second special education student from Lamb’s bus route was showing possible signs of trauma. It is unclear how the district responded to the allegation.