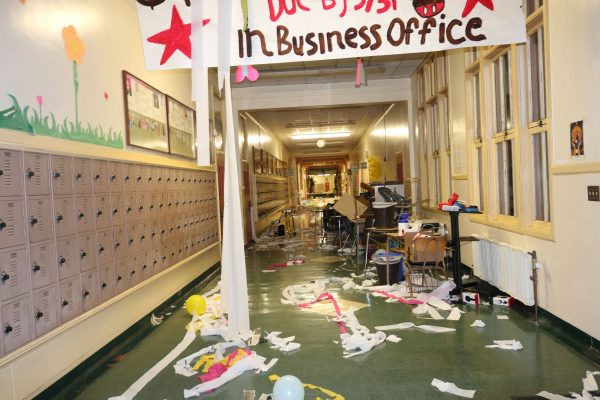 Dozens of school-aged children caused significant damage to Santa Barbara High School on Monday evening in what officers are describing as a “senior prank gone wrong.”

At about 10:30 p.m., callers reported hearing loud noises and breaking glass coming from the high school campus. When officers arrived, 50 to 60 high school-aged people ran from the school’s main building.

Officers determined the students were “attempting to perform a senior prank that involved gallons of baby oil, Vaseline, raw fish, and oysters being placed all over the floors and door handles,” police said in a press release. The vandals also broke windows and spray painted inside the school.

Police detained multiple students on Monday night, though it is not known if the students will be charged or disciplined.