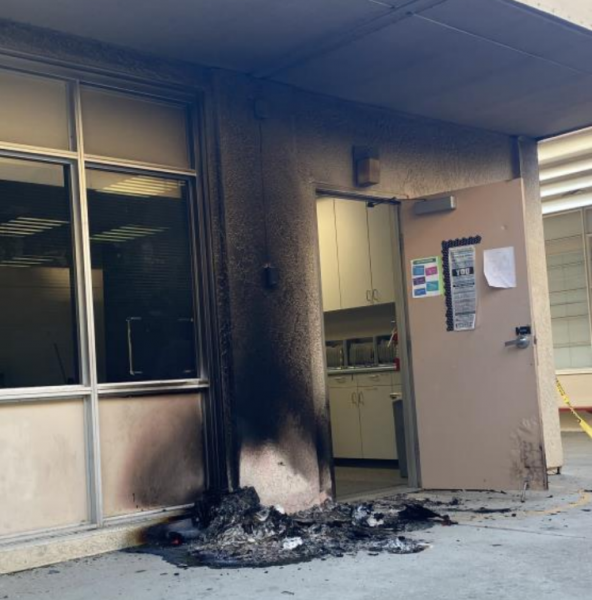 Police arrested two 14-year-old students on Friday who started fires and painted graffiti at Lewis Middle School in Paso Robles while filming themselves.

Investigators discovered social media posts which show the two teens setting fires around the school. Footage also shows the teens using an aerosol can and a lighter to light a paper banner on fire.

Though the vandals attempted to start several fires, they were only successful in starting a fire outside the 200 Building. The fire resulted in smoke damage to the outside of two classrooms.

Officers arrested the teens on charges of felony arson, felony vandalism and several counts of misdemeanor vandalism and transported them to the Juvenile Services Center in San Luis Obispo.