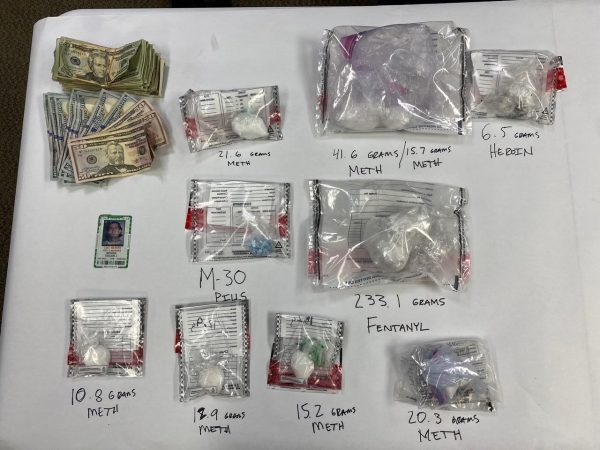 Detectives caught a man on probation driving in Paso Robles last month with multiple stashes of drugs in his car.

On May 17, at about 5:20 p.m., detectives with the Sheriff’s Special Operations Unit and Gang Task Force, as well as probation officers, contacted a driver who had just pulled into the parking lot of a shopping center in the 100 block of Niblick Road. The driver, Edgar Josue Monge, 40, was known to be in violation of his probation, according to the SLO County Sheriff’s Office.

Monge is currently on post-release community supervision for a 2019 conviction for sales of a controlled substance. He has no known address, sheriff’s officials say.

In all, investigators seized about $11,000 worth of narcotics. Detectives also seized more than $2,000 in cash.

Detectives arrested Monge for two counts of possession of a controlled substance for sale, as well as for transporting or selling a controlled substance. Monge posted bail on his probation violation and was released on his new narcotics charges, in line with the statewide emergency bail schedule.