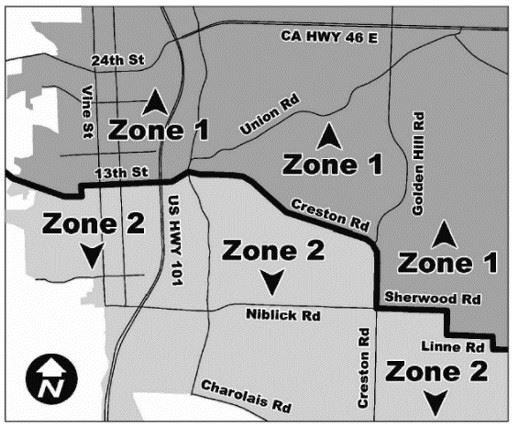 Landscape irrigation is now prohibited on Mondays. The new regulations also prohibit outdoor irrigation between the hours of 9 a.m. and 7 p.m., as well as within 48 hours of measurable rain.

City officials say they are implementing the restrictions because of a State Water Resources Control Board mandate.

“The city of Paso Robles does not have or anticipate having an actual water shortage, however, to comply with the state’s requirements the city is implementing Level 2 water demand management measures” a city news release states.