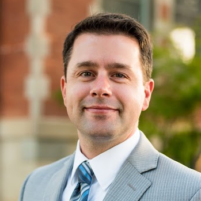 In 2010, McDaniel received his Juris Doctorate from the Santa Barbara College of Law. McDaniel then worked as an associate in the law offices of William Ausman and Stephen Hamilton. In 2013, McDaniel opened a private practice.

The court selected McDaniel after a rigorous application and interview process that included a field of highly competitive applicants, according to Assistant Presiding Judge Rita Federman.

“He is highly regarded by the bench for his legal acumen, calm and courteous demeanor, and thoughtful approach to difficult issues,” according to Federman. “We are pleased that he has accepted this appointment and are confident that he will serve our community with distinction.”

McDaniel will preside over a variety of calendars including traffic, small claims, juvenile drug court, family treatment court and truancy cases. McDaniel will be sworn in on a date to be determined.