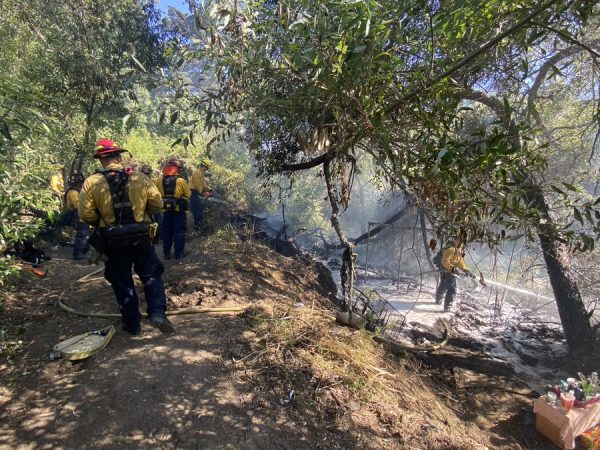 A fire burned at a homeless camp near the San Luis Obispo Elks Lodge on Monday, with flames coming close to motorhomes and trailers.

A caller reported the blaze shortly before 5 p.m. at a homeless camp off of Elks Lane. Firefighters contained the blaze to 20 square feet and kept it from spreading to the motorhomes and trailers, according to the San Luis Obispo Fire Department.

No one suffered any injuries as a result of the fire, and it did not damage any structures. Cal Fire personnel assisted SLO city firefighters with extinguishing the blaze.

An investigation into the fire is ongoing. 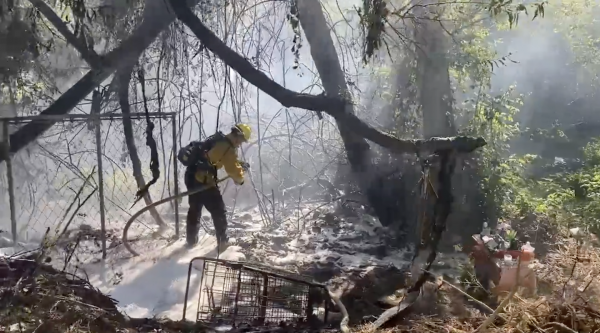