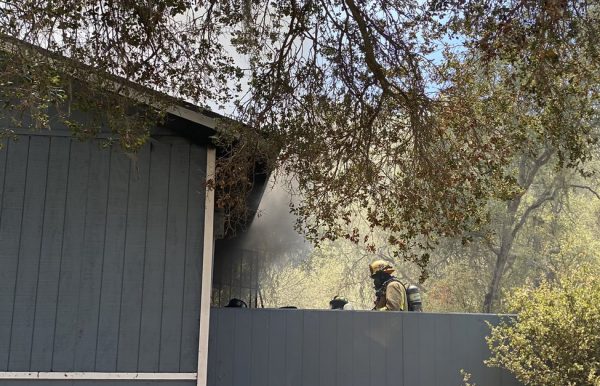 A blaze that started as a vegetation fire caused major damage to a home off of Highway 41 in rural Atascadero on Wednesday.

Shortly after 11 a.m., a caller reported the fire burning along the 3000 block of Highway 41 East, according to Cal Fire. Firefighters contained the vegetation fire at a size of 50 feet by 100 feet, but it spread to a nearby home.

There were no reports of any injuries. It is unclear what caused the fire.