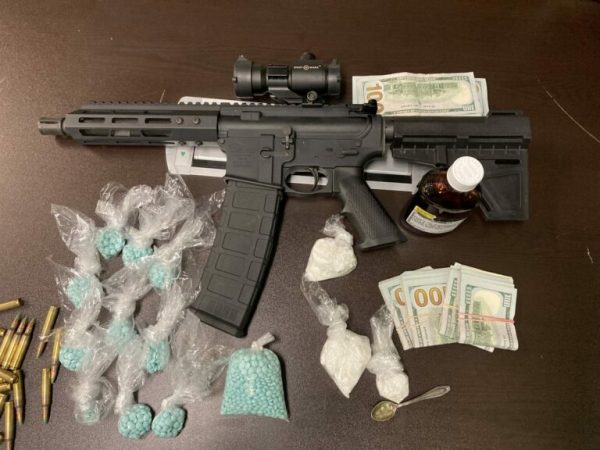 As part of an investigation into illegal marijuana sales in Orcutt and the surrounding area, detectives served a search warrant at 20-year-old Nathan Mediano’s home in Santa Maria. During the search, detectives located over two ounces of cocaine, over 2,000 M30 pills (fake oxycodone that frequently contains fentanyl), over $5,000 in cash and an illegal short barreled assault weapon with high-capacity magazines and ammunition.

Officers booked both suspects in the Northern Branch Jail with their bail set at $100,000 each.