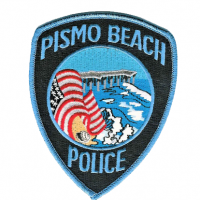 The San Luis Obispo County Sheriff’s Office is seeking the public’s help identifying the body of a man found washed up on the shore near South Dolliver Street in Pismo Beach on Jan. 13. Investigators are hoping someone will remember the man’s unique tattoos and piercing.

Shortly before midnight, a person found a body of a white male who appeared to have been in the ocean for an extended period of time. Investigators do not suspect foul play was involved in the death.

The man’s tattoos include what appears to be a tulip on his left arm and flames and possibly the top of a high-rise building on his left ankle.

He also had a tragus piercing (on the small area of cartilage that partially covers your ear canal) of the left ear with a purple hoop earring.

Investigators are asking anyone with information on the man’s identity to please contact the coroner’s office at (805) 781-4513.