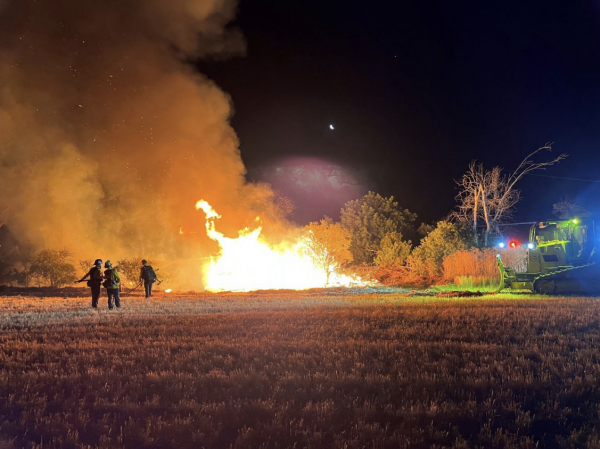 Firefighters extinguished a blaze at a homeless encampment in the Salinas riverbed in Paso Robles early Wednesday morning.

Shortly before 2 a.m., a 911 caller reported a fire in the riverbed south of Riverbank Lane. Firefighters arrived at the scene and found an approximately quarter-acre-blaze burning in the riverbed west of the reported location, according to the city of Paso Robles.

The blaze was difficult to access, but the city’s newly acquired 4×4 Type 3 fire engine managed to drive to the fire’s edge within minutes. The quick access enabled firefighters to keep the blaze from growing exponentially, fire officials say.

Firefighters contained the blaze to a half acre in size. Because of the city of Paso Roble’s use of goats and other fire suppression efforts, there was little vegetation in the area to burn.

Paso Robles firefighters received assistance in extinguishing the blaze from Cal Fire and the Atascadero Fire Department. Investigators determined the cause of the blaze to be an unattended fire within a homeless camp. 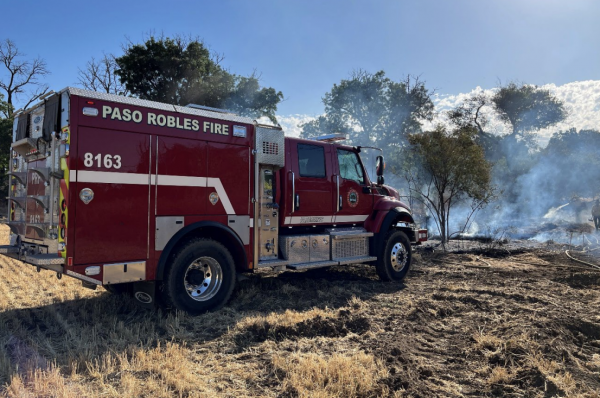