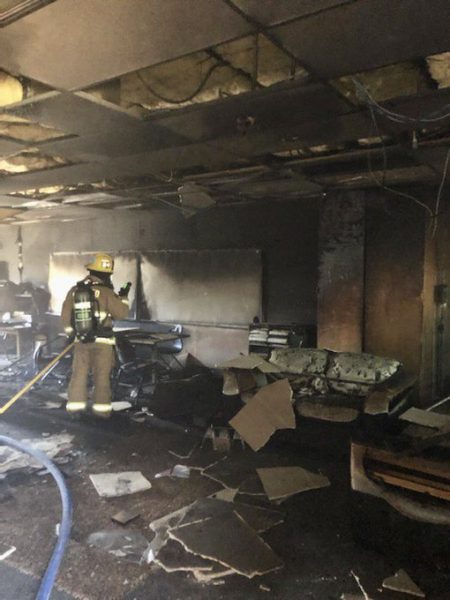 Santa Barbara County Sheriff’s deputies are investigating whether vandalism at an Orcutt elementary school is connected to a fire that broke out on the campus several days earlier. [KCOY]

On the afternoon of June 19, a caller reported a fire in a locked, unoccupied modular classroom at Joe Nightingale Elementary School. The blaze damaged the classroom, but firefighters quickly extinguished it. The cause of the fire remains under investigation.

Then on the morning of June 21, the Santa Barbara County Sheriff’s Office received a report of vandalism at Joe Nightingale Elementary. Deputies arrived at the campus and found tagging, etching and furniture and office supplies that had been tossed around in several classrooms.

Both fire personnel and sheriff’s deputies are continuing to investigate the incidents.