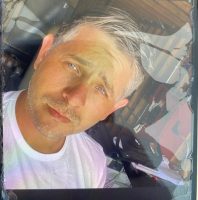 A 37-year-old San Luis Obispo man who was reported missing this week, and who was apparently having a mental health crisis, has been found dead.

Errecalde had last been seen at his home in the 1500 block of Madonna Road at about 3 a.m. Wednesday. Officers and detectives searched the area around Errecalde’s home, but did not initially locate him.

Police issued an alert on Thursday, describing Errecalde as an at-risk missing adult. On Friday morning, the police department announced Errecalde had been found deceased.

Officials issued a statement thanking the community for its concern for Errecalde and encouraging individuals having mental health crises to contact professionals.

“Our hearts go out to his family and friends, we are sorry for this loss,” police said. “If you or someone you know is in crisis, there are people who can help.”