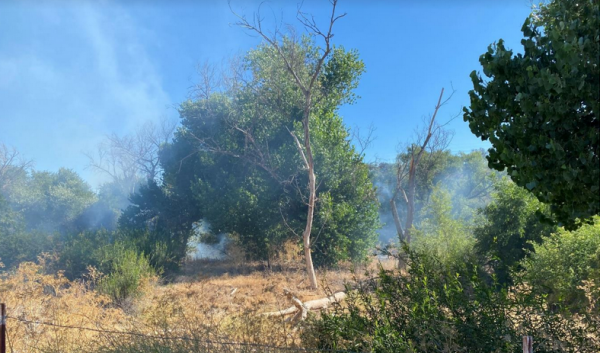 The Paso Robles Fire Department is investigating four possible arson fires that were discovered Saturday burning in the riverbed area.

Shortly before 9 a.m., a caller reported a fire in the riverbed near the wastewater treatment plant off Sulfur Springs Road. Firefighters arriving to battle the blaze discovered a second fire north of the first fire near Highway 101.

At 9:39 a.m., a third fire was discovered burning south of the wastewater treatment
plant.

Because of fire mitigation practices, primarily livestock grazing in the riverbed area, the fires remained small. Firefighters were able to keep the total area burned to under an acre.

At 1:39 p.m., an hour after firefighters left the area, a caller reported a fourth fire burning in the riverbed along North River Road just south of Highway 46. Firefighters were able to keep the fire confined to a homeless encampment with no spread to vegetation.