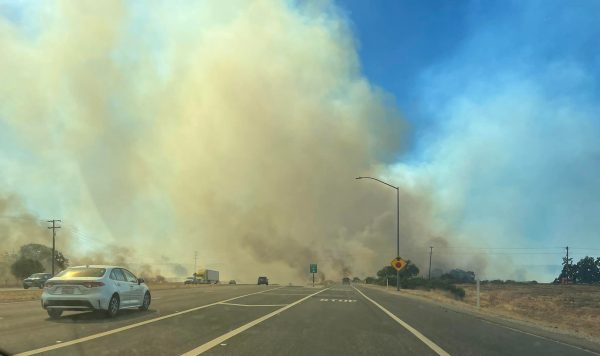 A fire that broke out at Camp Roberts on Sunday has burned 150 acres in southern Monterey County, and another blaze damaged a residence in Paso Robles.

The Camp Roberts fire is 60 percent contained, as of Monday morning, according to the National Guard post’s fire department. Firefighters are aiming for full containment by 8 a.m. Tuesday.

The blaze caused smoke to billow over Highway 101, which was noticeable from neighboring communities. Highway 101 remains open, though access to Camp Roberts is only currently open to military personnel and first responders.

At about 10:45 p.m. on Sunday, a caller reported a fire at a multi-family residential structure on Myrtlewood Drive in Paso Robles. Firefighters arrived to find the blaze burning on the exterior of the structure and extending into an attic space.

Firefighters contained the blaze within 10 minutes. The fire caused minimal damage to the structure, according to the city of Paso Robles.

All occupants evacuated safely and were able to return to their homes after the fire was extinguished. The cause of the fire is under investigation.