A video posted on social media shows a swarm of sharks swimming in shallow water at Pirate’s Cove on July 4, close to numerous beachgoers who appear unaware of what was in the ocean beside them.

Some individuals could be seen standing in the ocean at the time of the recording. The video, which dubs the incident a “shark party,” was posted on Instagram by Tim Faes.

Christopher Lowe, director’s of the the CSU Long Beach shark lab, said larger females, particularly pregnant ones, seek out warm water in shallow areas during the day. It is believed females use warm areas to speed up their pregnancy, Lowe said. 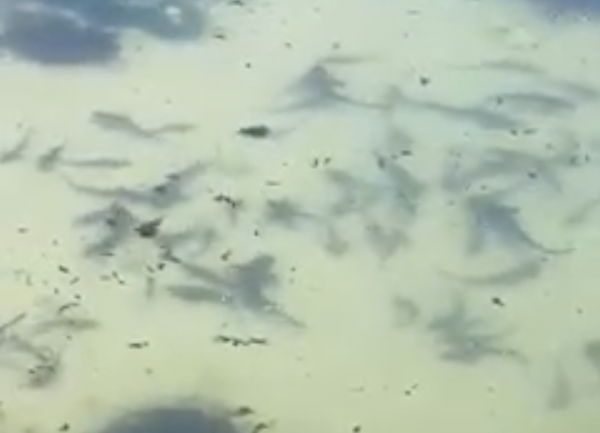