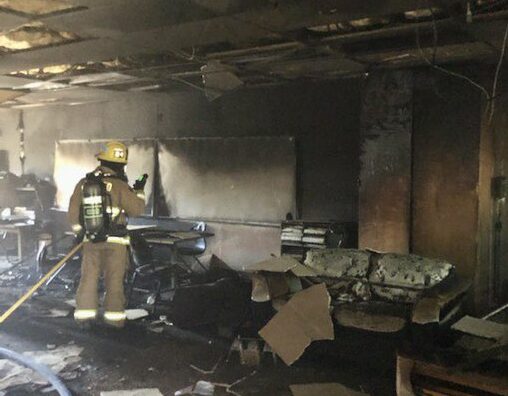 On the afternoon of June 19, a caller reported a fire in a locked, unoccupied modular classroom at Joe Nightingale Elementary School. The blaze damaged the classroom, but firefighters quickly extinguished it.

Fire investigators determined the blaze was intentionally set, the fire department announced on Wednesday. Investigators identified two 14-year-old suspects and will refer them to the Santa Barbara County Probation Department for arson, burglary and vandalism charges. Officials are not disclosing the arson suspects’ identities because of their age.

It is unclear if the teens are also responsible for vandalism that also occurred on the Nightingale Elementary campus sometime following the arson.

On the morning of June 21, the Santa Barbara County Sheriff’s Office received a report of vandalism at the elementary school. Deputies arrived at the campus and found tagging, etching and furniture and office supplies that had been tossed in several classrooms. As of late June, sheriff’s deputies were still investigating the vandalism.