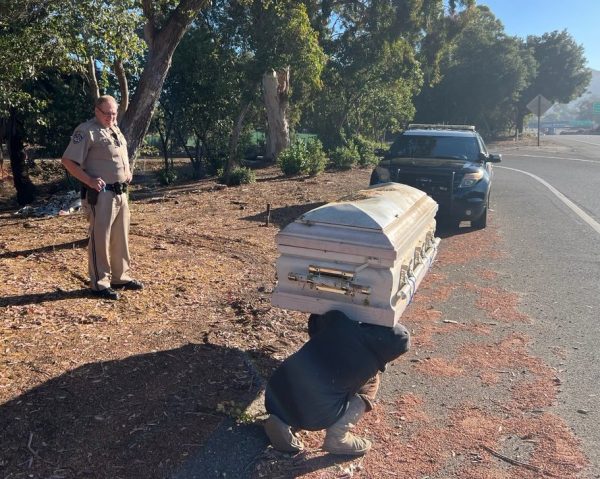 Some drivers and one slightly nervous CHP officer encountered a surprise on the side of Highway 101 in San Luis Obispo over the weekend, but what was found to be inside the box proved to be a great relief.

“Never a dull day, especially when you receive multiple 911 calls of a casket on the shoulder of the freeway,” CHP San Luis Obispo stated in a social media post. “Yes, that’s a casket!

An officer came out to the location and indeed found a casket.

“We have to admit our officer was a little nervous to make sure it was empty. And yes, it was empty,” CHP SLO said.

It is unclear why the the casket had been placed on the shoulder of Highway 101. But, the CHP says a transient was in possession of the casket. [KSBY]