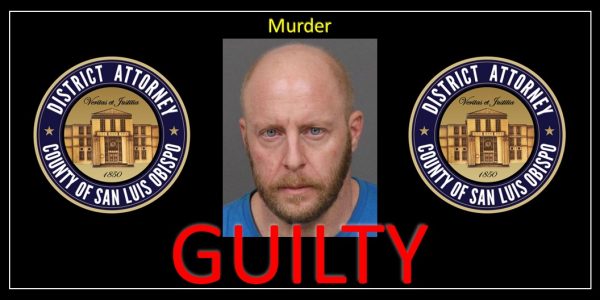 The San Luis Obispo woman had been missing for nearly three months when officers found her body in a creek near Perfumo Canyon in San Luis Obispo during a large search of the area. Later in the spring, Koehler and his wife fled the Central Coast. Koehler was arrested in Minnesota and extradited to SLO County. Koehler used a knife to slit Marti’s throat.

Koehler is scheduled in court on July 18 regarding allegation that he was convicted in 2005 for a carjacking in Shasta County. A date for sentencing on the murder charge is not yet set.