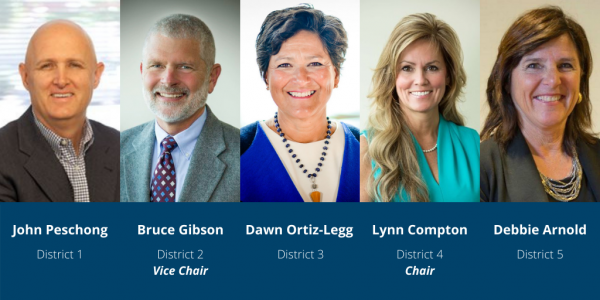 Following outcry over a plan to funnel $3 million of federal funds to a group of local nonprofits that provide homeless services, the San Luis Obispo County Board of Supervisors reversed course and, on Tuesday, divvied up the funds to nearly three dozen organizations that offer a wider array of community programs.

During his tenure as a county supervisor, Gibson has been involved in numerous efforts to combat homelessness, including creating a 10-year plan to end homelessness. Along with former Supervisor Adam Hill, Gibson directed millions of dollars to favored homeless services nonprofits. Yet, SLO County has recently ranked as high as second in the nation in homeless individuals per capita.

The effort in May by Gibson and Peschong to direct $3 million more to local homeless services organizations drew backlash, and following public comments against the plan, the board of supervisors rejected the proposal.

On Tuesday, the supervisors approved a revised set of funding allocations to a total of 35 organizations. The board awarded at least $25,000 each to nonprofits that serve local homeless, children, families and seniors and provide shelter, food, education, arts, health care and more.

Still, the top grants awarded this week related to homelessness. The board of supervisors awarded $430,000 to the El Camino Homeless Organization (ECHO) for the continued operation of its Paso Robles transitional shelter. The Community Action Partnership of San Luis Obispo (CAPSLO) received $350,000 for homeless outreach and engagement at safe parking sites. Additionally, the county gave $275,000 to the 5 Cities Homeless Coalition for an emergency shelter in South County.

The $3 million worth of ARPA grants make up just a small portion of the $55 million in funds the county received as part of the federal COVID-19 recovery package.

From those federal funds, another $6 million was allocated toward housing and efforts to combat homelessness, while another $3 million went to child care organizations. The rest of the funds have gone to water, sewer and broadband; public health emergency response; restoration of government services; and small business grants/workforce development.