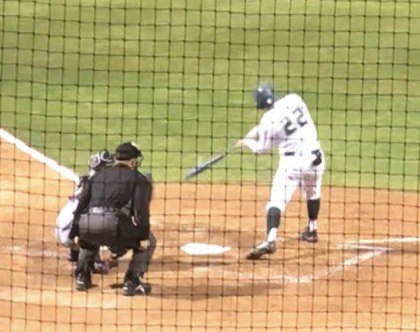 UPDATE: When asked about being selected 8th overall and going to the Twins, Brooks Lee said, “Just super excited and can’t wait to get started with my professional career. Being picked at 8th gives me a great chance to move quickly and be where I’ve always wanted to be in the Major Leagues.”

The star in 2019 of the San Luis Obispo High School baseball team turned down about $2 to $3 million in order to play for his father and hometown college squad. On Sunday, Brooks Lee’s decision paid off as he became the highest Cal Poly player ever selected in the Major League Baseball (MLB) draft, and he is now slated for a more than $5 million payday.

Entering the 2019 draft, MLB.com ranked Brooks Lee, the son of Cal Poly Head Coach Larry Lee, the 37th best prospect. The 37th pick in the 2019 draft was slated to receive a signing bonus of approximately $2 million, in line with MLB rules. Some say Brooks Lee could have received a signing bonus of around $3 million, particularly if he had been selected higher than his draft board ranking.

But, Lee expressed his intention to honor his commitment to Cal Poly and to play for his father. MLB teams opted to pass him over until the 35th round, when the San Francisco Giants selected Lee as an essentially honorary pick.

On Sunday, the Minnesota Twins selected Lee 8th overall in the 2022 MLB Draft, held in Los Angeles in conjunction with baseball’s All-Star festivities. The eighth selection in this year’s draft has an assigned signing bonus value of $5,439,500.

Lee watched his selection on television with family and friends from his parents’ home in Edna Valley. The MLB Draft broadcast cut to the Edna Valley watch party upon the Cal Poly star and coach’s son’s selection.

“The feeling was awesome when I heard my name,” Lee said in a statement. “I’m super excited, especially because my family was with me along with a lot of people who were part of my community base. It was a great experience.”

Larry Lee, who was watching alongside his son, said it was very emotional to see his selection in the MLB Draft.

“It was very emotional, but I am very happy for him,” Larry Lee said. “Now he can get started on another chapter in his career.”

The family had not been expecting the Twins to draft Lee. Many projections had Lee being selected higher than 8th.

Nonetheless, Lee was the by far highest selection Cal Poly has ever had. Only three other former Mustangs were drafted in the first round, with the previous highest selection being catcher John Orton, who was chosen by the Angeles 25th overall in 1987.

This spring, Lee hit .357 with 15 home runs, 55 RBIs and 25 doubles. Lee was named the 2022 Big West Field Player of the Year, as well as the Brooks Wallace Award winner, an honor given annually to the nation’s top collegiate shortstop. He was also named an All-American following both the 2021 and 2022 seasons.

Lee was not the only Mustang taken on the first day of the 2022 MLB Draft. The New York Yankees selected Cal Poly’s All-American pitcher, Drew Thorpe, 61st overall.

The selections of Lee and Thorpe marked the first time Cal Poly had two players picked in the first two rounds of the same draft. Prior to Sunday, only three Cal Poly players had ever been selected in the second round of the MLB Draft. 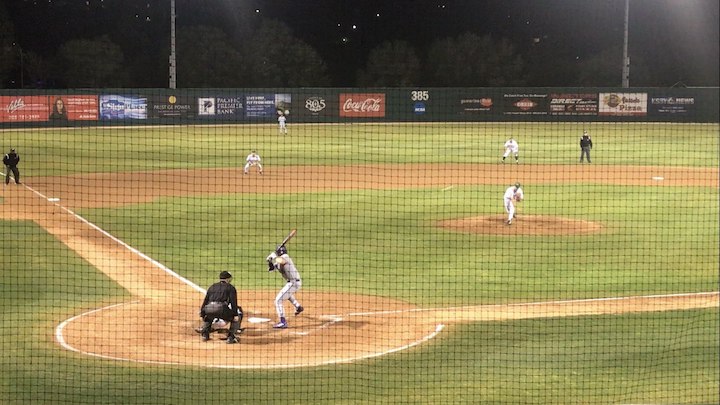 In 2022, Thorpe finished second in the nation with 149 strikeouts. He finished the season with 10-1 with a 2.38 ERA. Thorpe was named Big West Pitcher of the year, and he was named to all six of college baseball’s All-America first teams, a feat never before accomplished by a Mustang.

Thorpe watched the draft from his parents’ living room in Washington, Utah.

“It’s pretty surreal,” Thorpe said. “Emotions are definitely flowing and I’m really excited. The Yankees are a great organization and I couldn’t be more pumped to get going.”