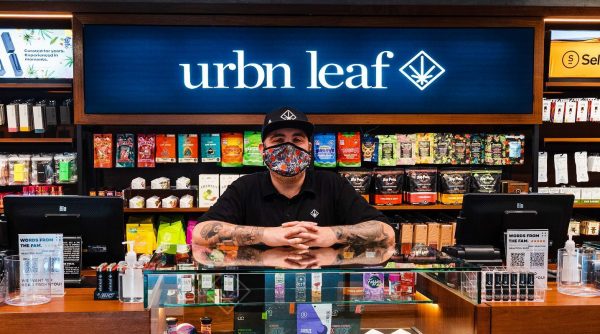 Police caught a Santa Maria man in the act of trying to break into a Grover Beach cannabis dispensary early Sunday morning, something he was allegedly trying for the third time.

About a 1:40 a.m., a man attempted to break into Urban Leaf, located in the 200 block of S. 3rd Street. Security personnel working for Urban Leaf were monitoring surveillance cameras and saw the suspect in the act of breaking a window with a hammer. They immediately notified police.

Officers arrived at the scene within one minute. Fermin Ortega Caballero, 19, attempted to flee the scene, but officers caught him and took him into custody, according to the Grover Beach Police Department.

Initially, Caballero gave officers a false name. Police later identified him and determined he had an outstanding misdemeanor arrest warrant.

Officers arrested Caballero and booked him in the San Luis Obispo County Jail on charges of burglary, impersonating another and having an outstanding warrant. Caballero remains in custody with his bail set at $30,000.

An investigation into the attempted burglaries is ongoing. Officers are asking anyone who has further information about the case to contact Detective Kelly Cook at (805) 473-4516.