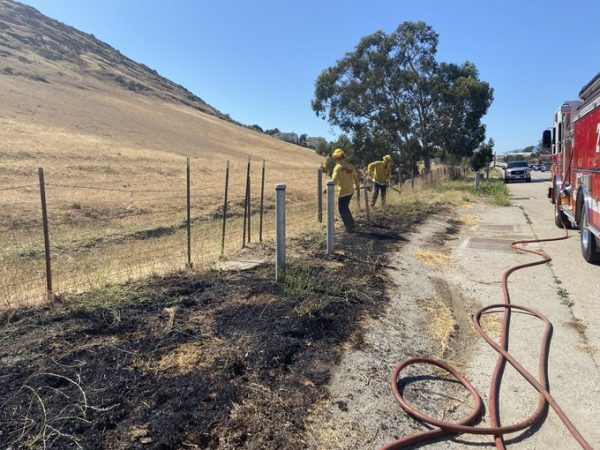 A vehicle’s catalytic converter sparked a fire that charred land along Broad Street in San Luis Obispo on Tuesday, but the quick reaction of a bystander helped keep the blaze from spreading very far.

The fire broke out at about 3:45 p.m. near 3550 Broad Street. A bystander helped keep the blaze from spreading by immediately calling 911 and using a fire extinguisher, according to the San Luis Obispo Fire Department.

San Luis Obispo firefighters and Cal Fire personnel arrived and extinguished the fire, that burned a 10 feet by 10 feet stretch of vegetation alongside Broad Street.

Authorities temporarily closed one lane of Broad Street as firefighters dealt with the blaze.

Investigators determined a catalytic converter caused the fire. The fire department advises drivers to properly maintain their vehicles and not pull over into dead grass, which easily ignites. 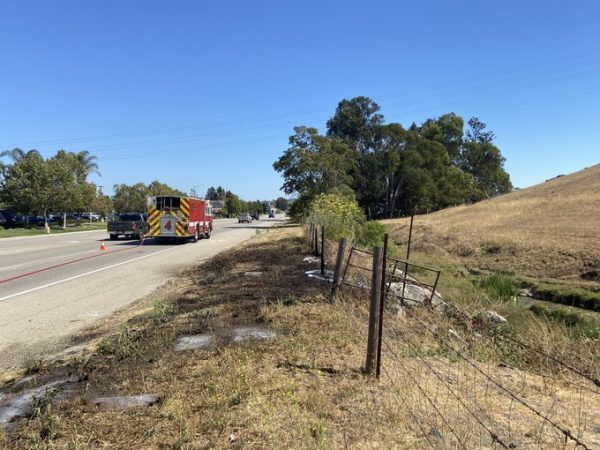