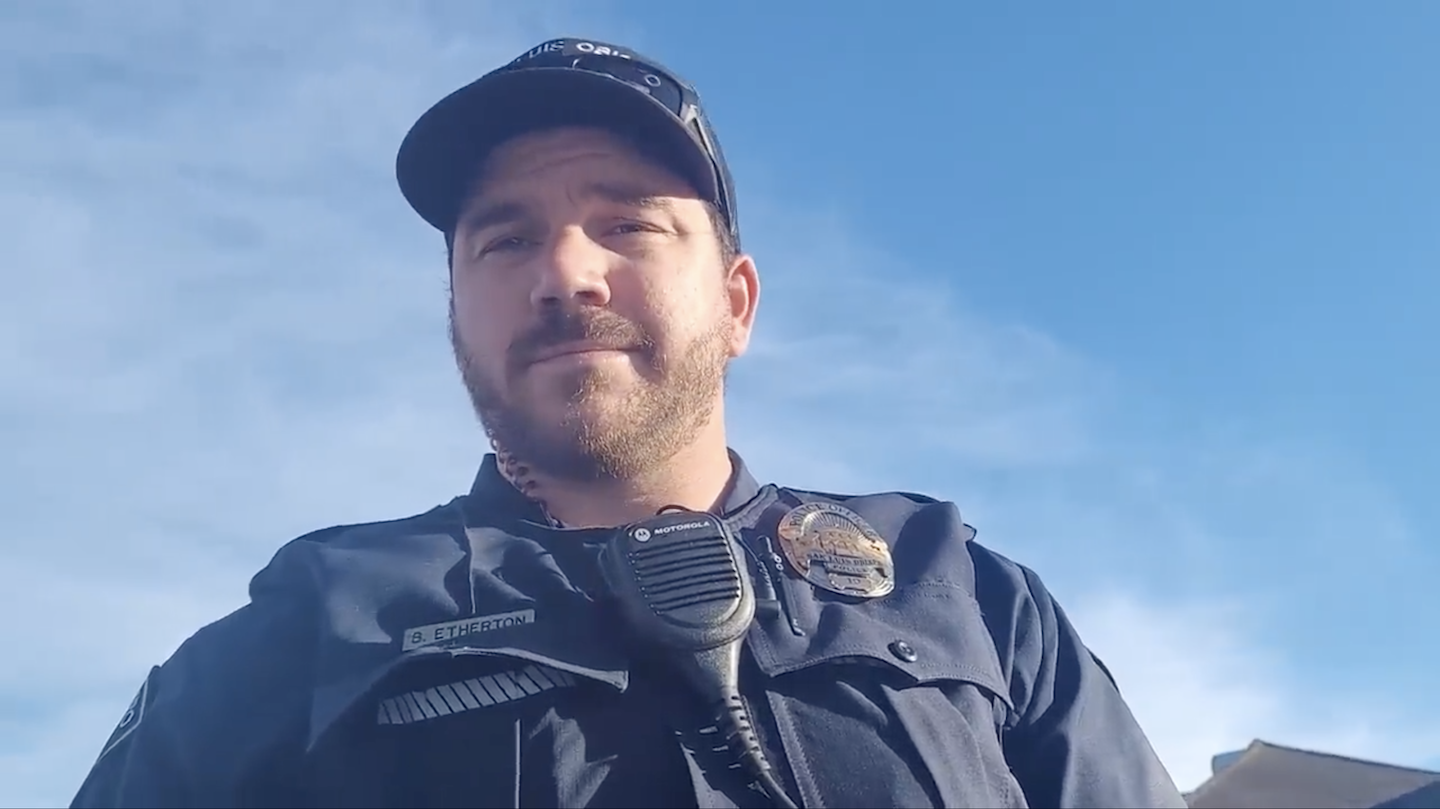 San Luis Obispo Police Chief Rick Scott says it might just be coincidence that officers in two police cars followed a videographer who is known as the “SLO County Observer” for seven minutes a few days ago. The officers followed him for a distance of about two miles before stopping and citing him for failing to use his turn signal to travel from Pismo Street to Higuera Street.

The videographer accused the officers of targeting him in retaliation for a video he shot.

“SLO County Observer” live streamed and uploaded a video to YouTube showing a police officer hitting a man in the temple during a July 17 arrest. Shortly afterwards, the unnamed officer was placed on paid administrative leave pending the results of an investigation.

Four days later, officers in at least two police cars appeared to follow SLO County Observer while he drove northbound on Higuera Street, a rearview video of the incident shows. As one police car turns away, another car pulls behind the videographer.

Officer Blake Etherton follows the videographer onto Marsh Street, before the officer turns right onto Pacific Street without activating his turn signal.

The videographer continues northbound on Marsh Street and makes a right turn onto Nipomo, driving for a short time without an officer on his tail before he turns right onto Pismo Street.

Etherton then loops around and again begins following the videographer, this time on Pismo Street near the intersection with High and Higuera streets.

The videographer transitions onto Higuera Street in a lane that also allows a left turn onto High Street. The meeting point for Higuera and Pismo streets meet in a roughly “y” shape with Pismo feeding directly to Higuera Street going south.

After officers followed the videographer for about seven minutes, Etherton pulls him over claiming he failed to activate his turn signal a full 150 feet before heading onto Higuera Street. The video appears to show the videographer did not turn left.

In addition, Etherton incorrectly quotes California Vehicle Code 22108, which requires all drivers signal at least 100 feet, not 150 feet, prior to making a turn or changing lanes.

Chief Scott says the facts might support that the officer and the videographer were headed in the same direction, towards a police call in progress.

“There is a very strong possibility the person was not being ‘followed’ or ‘stalked’ at all, but chose to take the same route as the police officers responding to a routine police call for service, which was broadcast over the police channel and possibly also received by any person utilizing a consumer grade scanner,” Scott said. “I am waiting on the full details to be provided to my office so these circumstances and the issuance of the citation can both be review [sic] for further administrative action.”