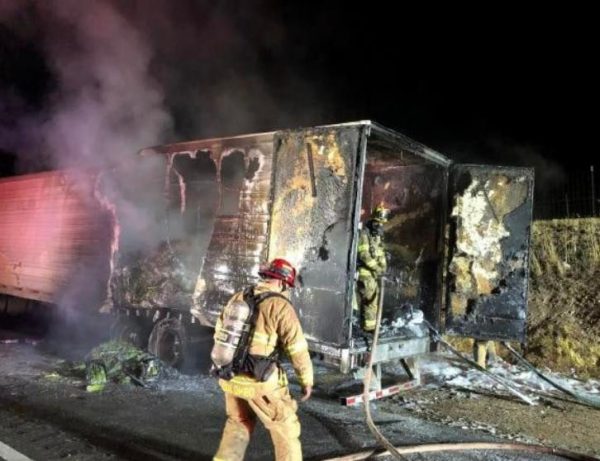 At about 4 a.m., a caller reported the trailer of a semi-truck was burning near the intersection of Highway 46 East and Mill Road. Firefighters arrived at the scene and found the trailer engulfed in flames, with the fire threatening adjacent vegetation, according to the city of Paso Robles.

Firefighters quickly established control of the blaze and managed to get inside the trailer. They determined the truck was carrying pallets of boxed asparagus.

Cal Fire personnel assisted Paso Robles firefighters with extinguishing the blaze. It is unclear what caused the trailer to catch on fire. 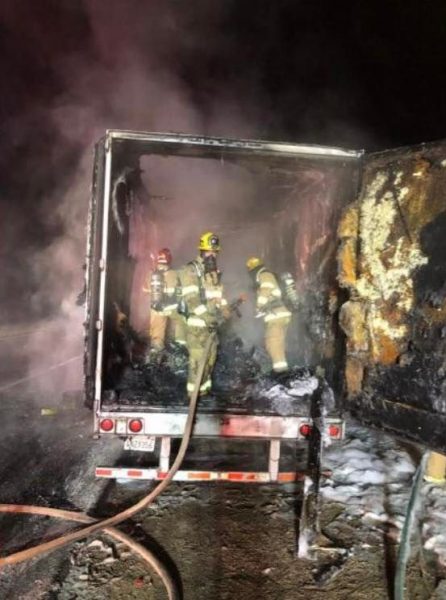