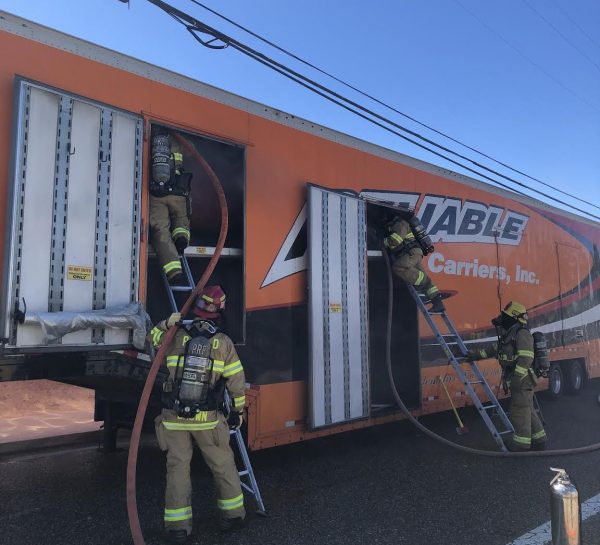 For the second consecutive day, a fire broke out inside inside the trailer of semi-truck traveling in Paso Robles, this time burning a car that was being transported in the trailer.

Shortly before 4 p.m. on Tuesday, a caller reported a truck’s trailer on fire in the 1100 block of Paso Robles Street. Firefighters arrived at the scene and found a passenger car on fire inside the transport trailer of the semi-truck, according to the city of Paso Robles.

Firefighters quickly established control of the blaze by gaining access to the upper deck level of the trailer. Fire crews confined the blaze to the vehicle, preventing significant damage to the trailer.

Early Monday morning, the trailer of a truck transporting asparagus burst into flames near the intersection of Highway 46 East and Mill Road. The whole trailer carrying the asparagus became engulfed in flames before firefighters extinguished the blaze. 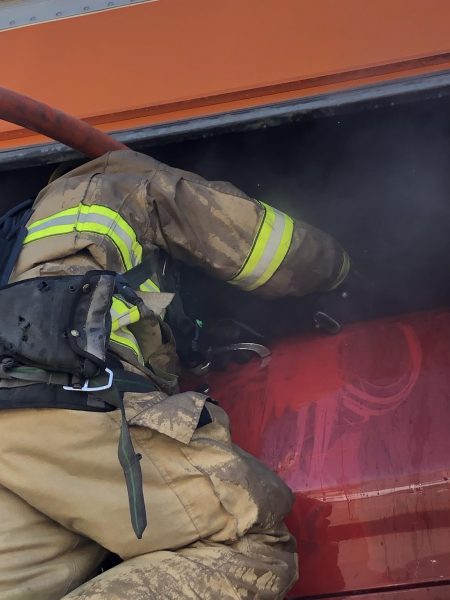