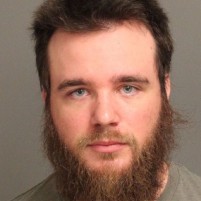 The jury found that Jeffrey Paul Gentile, 35, possessed at least 600 images of child pornography. At least 10 of those images depicted children under the age of 12, according to the San Luis Obispo County District Attorney’s Office.

In 2015, Arroyo Grande Police Detective Jim Jolly, then a member of the Internet Crimes Against Children Taskforce, received evidence of child pornography being downloaded onto a computer and shared online with other computers. Jolly investigated the matter and traced the computer’s internet protocol address to Gentile’s Templeton home.

Due to the location of the home, the case was the turned over to the San Luis Obispo County Sheriff’s Office. Deputies obtained a search warrant for the home, which is located in the 20 block of Lone Oak Way.

Gentile faces a maximum sentence of five years in prison, and he will be required to register as a sex offender for life. Gentile’s sentencing is scheduled for Sept. 14 in the courtroom of Judge Jacquelyn Duffy.

Following the verdict in the case, District Attorney Dan Dow released a statement decrying the harms of child pornography.

“Child pornography is exploitation that causes immeasurable harm to its victims when the material is created, and again each and every time it is viewed by another person,” Dow said. “Individuals who possess child pornography fuel the demand for this despicable product and perpetuate the exploitation of children. Many child molesters possess child pornography, and they often use it to desensitize their targeted victims. Our office is committed to the aggressive prosecution of these individuals and to hold them accountable.”