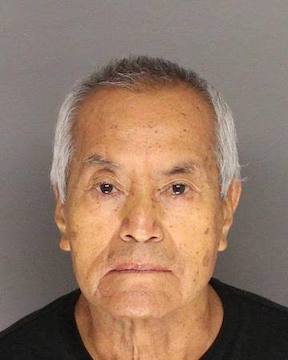 Santa Barbara County Sheriff’s detectives have arrested an elderly man for sexually abusing a child at his business in Goleta.

The suspect, 79-year-old Samuel Camargo Reyes, who is also known as Samuel Reyes Camargo, is believed to have abused multiple victims at his unmarked office space located at the corner of Pine Avenue and Gaviota Street. Reyes has sold nutritional supplements at the location since about 2011, according to the Santa Barbara County Sheriff’s Office.

On May 3, detectives began investigating a report of lewd acts with a a child that occurred at Reyes’s business prior to 2019. The investigation led to detectives arresting Reyes on a warrant for lewd acts with a child under the age of 14. Reyes is being held at the Santa Barbara County Main Jail with his bail set at $500,000.

Reyes is believed to have had access to other children at his business, and detectives believe there are victims whom they have yet to identify.

Sheriff’s officials are encouraging anyone who has knowledge of crimes associated with Reyes or his business to contact Detective Swank at (805) 681-4150 or to make an anonymous report by calling (805) 681-4171. The sheriff’s office offers a variety of resources to survivors of sexual assault and abuse.