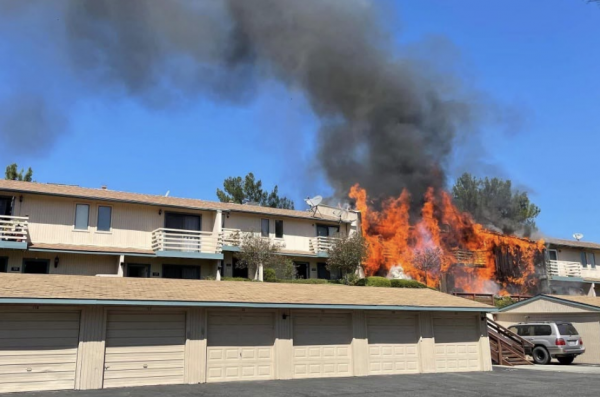 A fire destroyed two apartments and damaged others at a complex in Paso Robles Wednesday morning, displacing residents.

Shortly before 11 a.m., a caller reported the fire burning at an apartment complex in the 100 block of Olive Street. Firefighters arrived at the scene and found two units fully engulfed in flames that had spread to nearby vegetation, according to the city of Paso Robles.

All of the affected residents managed to safely evacuate from their homes. No one suffered any injuries.

The blaze destroyed two apartments and caused partial damage to a third before firefighters extinguished it. Another two units sustained minor damage, and the fire burned a quarter acre of vegetation.

A total of 60 fire personnel from multiple agencies responded to the blaze. The cause of the fire is under investigation.