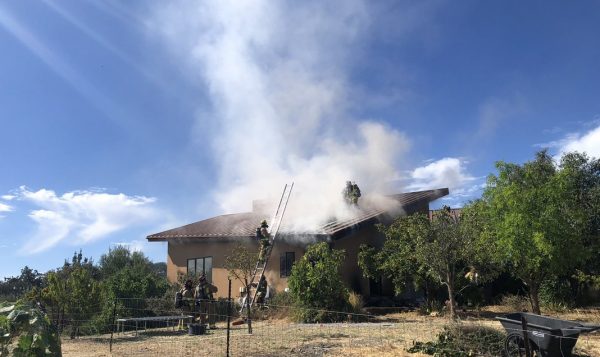 A fire damaged a house in rural Templeton Friday morning.

Shortly before 9 a.m., a caller reported a house on fire at 510 Sequoia Lane, according to Cal Fire. Both Cal Fire personnel and Paso Robles firefighters battled the blaze.

Firefighters contained the blaze to two rooms of the house. The blaze did not spread to nearby vegetation. [KSBY]

All of the occupants of the home managed to escape. There were no reports of any injuries.