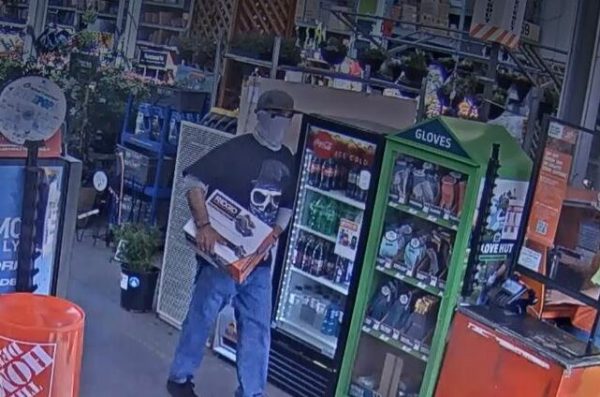 Police are asking for the public’s help finding an armed suspect who attempted to rob the Home Depot store in Atascadero on Saturday.

Shortly before 4 p.m., a man walked into the store nursery wearing a grey neck “gator” that covered his entire face. Later, the man walked up to the nursery check-out stand and placed a power tool on the counter and demanded the clerk give him all of the money in the cash drawer.

The man lifted up his shirt exposing the handle of a black pistol in his waist band and again demanded money from the register.

The clerk, however, said she could not open it until the transaction for the tool was completed. The suspect then picked up the power tool and walked out of the store.

After leaving the store, the suspect was last seen getting into a dark green older model Honda Civic and leaving the area. He is described as an Hispanic male adult, who is approximately 5 feet 9 inches tall.

Investigators are asking anyone who witnessed the incident to contact the Atascadero Police Department at (805) 461-5051.