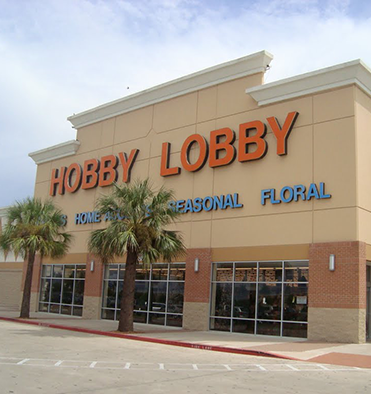 Arts and crafts retailer Hobby Lobby is preparing to open a store in San Luis Obispo, a location the Gala Pride and Diversity Center is urging shoppers to boycott.

Hobby Lobby is planning on opening a store at the SLO Promenade on Madonna Road. Headquartered in Oklahoma City and operating in 47 U.S. states, as well as internationally, Hobby Lobby is the largest arts and crafts retailer in the world, according to the company’s website.

The company promotes Christian values and causes. Hobby Lobby states that it is “committed to honoring the Lord in all we do by operating the company in a manner consistent with biblical principles.”

Hobby Lobby successfully sued the federal government over a mandate that employee health plans include contraceptives. The United States Supreme Court ruled 5-4 in favor of Hobby Lobby in the case.

In Illinois court, Hobby Lobby lost a case over transgender bathrooms. A transgender female employee successfully sued the company over it denying her access to the women’s bathroom.

Additionally, Hobby Lobby and its ownership have been involved in controversies over religious teachings in public schools and the smuggling of religious artifacts.

Late last month, the Gala Pride and Diversity Center released a statement saying Hobby Lobby has routinely been at the heart of anti-LGBTQ controversies and has played a direct part in the overturn of Roe v. Wade. The group urged local shoppers to boycott Hobby Lobby.

“Hobby Lobby, a national chain of arts and craft stores, has been at the center of a number of anti-LGBTQ controversies that have resulted in regressive legislation. In fact, the precedent set by Hobby Lobby directly contributed to many of the recent unacceptable rulings made by the Supreme Court, as well as the threats certain justices have made to continue to roll back protections such as the right to access birth control and the right for LGBTQ+ people to marry, have relationships or access healthcare and equal housing and employment,” the Gala center said in the statement.

“From the overturning of Roe v. Wade to permitting public school teachers to lead their students in prayer regardless of student faith or consent, this June has continued to bring blow after blow from the Supreme Court to our civil liberties. Hobby Lobby’s bigotry has played a direct part in the path to these decisions. The Gala Pride & Diversity Center stands against Hobby Lobby, and encourages you to spend your money elsewhere, such as our local Art Central on Monterey Street, or Michaels at 273 Madonna Road SLO. We should not put more money into the pockets of a family that actively seeks to eliminate the separation of church and state and to make discrimination the law of the land.”