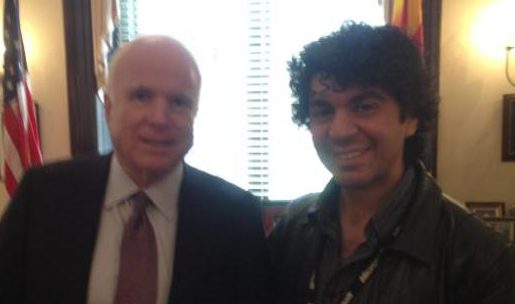 A federal jury in North California on Tuesday convicted a former Twitter employee of spying for and taking bribes from the Kingdom of Saudi Arabia as part of scheme targeting dissidents and critics of the Saudi Royal Family.

The former Twitter employee, Ahmad Abouammo, took bribes worth about $220,000-$320,000 or more in exchange for accessing, monitoring and conveying the private information of dissident Twitter users to officials in Saudi Arabia and the Saudi Royal Family. The private information included emails, phone numbers, birthdates and IP addresses, according to a grand jury indictment in the case.

Abouammo, a 44-year-old Seattle resident, formerly lived in Walnut Creek, California and worked as Twitter’s Media Partnerships Manager for the Middle East/North Africa (MENA) region. He began receiving bribes from a Saudi official as early as Dec. 2014, according to the United States Department of Justice.

The Saudi official met with Abouammo in London and gave him a luxury Hublot watch. Abouammo later listed the watch for sale on Craigslist for $42,000.

Following the London meeting, Abouammo began repeatedly accessing private information from several Twitter accounts, at least one of which belonged to an influential user who was critical of the Saudi Royal Family and the Kingdom of Saudi Arabia. Abouammo continued to communicate with the Saudi official, including about the influential Twitter user.

In Feb. 2015, Abouammo traveled to Lebanon, where a bank account was opened in the name of the Twitter employee’s father. The Saudi official transferred $100,000 to the Lebanese bank account, after which Abouammo laundered the money by sending it to the United States in small wire transfers with false descriptions.

Shortly after Abouammo left his job at Twitter in May 2015, the Saudi official sent another $100,000 to the Lebanese bank account, along with a note apologizing for the delayed payment. In a response, Abouammo asked if the Saudi official wanted any additional information from Twitter.

FBI agents interviewed Abouammo at his home in Oct. 2018. Abouammo provided false information to the investigators and falsified an invoice for one of the payments he received from the Saudi official, according to the justice department.

At the conclusion of a two-week trial in the Northern District of California, a jury convicted Abouammo of acting as a foreign agent without notice to the attorney general, conspiracy, wire fraud, international money laundering and falsification of records in a federal investigation.

“This verdict shows that the Justice Department will not tolerate any act of transnational repression and will hold accountable those who aid hostile regimes in extending their reach to our shores” Assistant Attorney General Matthew G. Olsen said in a statement.

“Any attempts by foreign governments to hijack free speech – in social media or any form – will not be tolerated here in the United States,” said Alan E. Kohler Jr., Assistant Director of the FBI’s Counterintelligence Division.