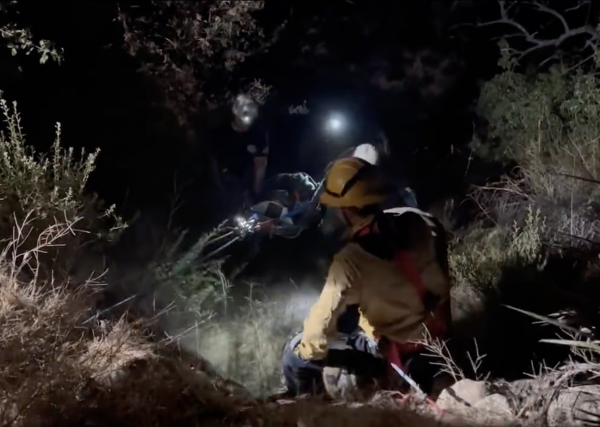 A deer hunter crashed an ATV and plunged 80 to 100 feet off a cliff in Santa Barbara County, resulting in a serious leg injury.

The hunter crashed in the Upper Oso area of the Los Padres National Forest, according to the Santa Barbara County Fire Department. Sometime late Late Friday night or early Saturday morning, the injured hunter shot a gun to call for help.

Other hunters managed to locate the injured man. They used a lowering cable to secure the hunter on a ledge, prior to leaving to get help.

Emergency personnel received a call about the incident at 1:13 a.m. Saturday. Rescue crews then arrived with ropes and hoisted the victim up to a road.