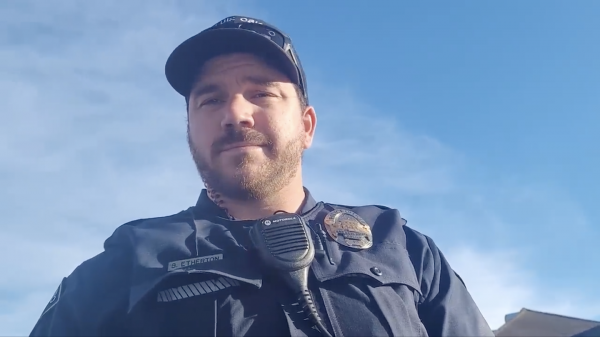 Following allegations of retaliation, the San Luis Obispo Police Department dropped a traffic citation given to a man who had previously video taped an officer hitting a suspect in the head. The tape led to a use-of-force investigation.

Four days after the use-of-force incident, on July 25, Officer Blake Etherton appears to follow videographer, SLO County Observer, for seven minutes before pulling him over and citing the man for not properly using his turn signal at the intersection of Higuera and Pismo streets. However, SLO County Observer did not turn at the intersection and was not required to activate his turn signal.

SLO County Observer accused Etherton of retaliating against him while the officer asserted they were just headed in the same direction.

On July 22, SLO Police Chief Rick Scott sent an email to SLO County Observer saying he also had concerns about the citation, and that he planned to review the allegation Etherton was retaliating against the videographer.

“Disputes regarding interpretation of the traffic code are generally brought and heard before the court,” Scott wrote. “However like you, I do have significant concern regarding the information you were provided by our officer for the traffic movements at the Pismo/Higuera intersection.”