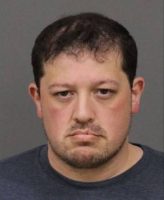 A judge recently handed a Pismo Beach man a sentence of more than 120 years in prison for molesting three minors under the age of 14.

Todd Anthony Hortillosa, 44, sexually abused the children over a nine-year period. A jury convicted Hortillosa of 10 counts of sex crimes, as well as an enhancement for having multiple victims under the age of 14, which made the Pismo Beach man eligible for a life sentence, according to the San Luis Obispo County District Attorney’s Office.

During Hortillosa’s trial, the three victims, now ages 23, 14 and 11, each testified that they endured prolonged sexual abuse. The abuse escalated with each victim, but ultimately stopped after a then-11-year-old victim reported it to a teacher.

“We applaud the courage of these young victims to report and testify about what the defendant did to them and we thank the jury for providing justice for these three young survivors,” Dow said. “This lengthy sentence amply reflects the horrific betrayal of trust and devastating effects of Mr. Hortillosa’s crimes. We will continue doing everything within our power to hold child predators accountable to the maximum extent possible.”