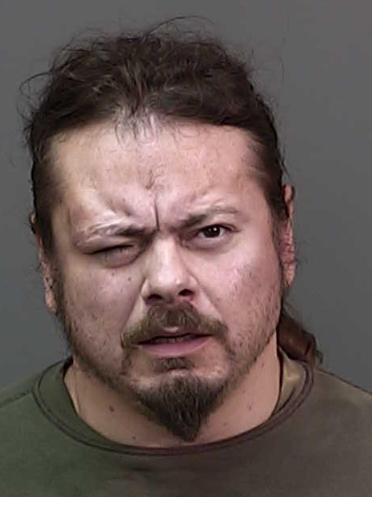 A jury yesterday found a  47-year-old sex offender from Paso Robles guilty of attempted bank robbery. He faces up to life in prison.

In 2021, Andrew Gilbertson entered the Chase Bank on Niblick Road in Paso Robles and handed a teller a note demanding money. Gilbertson brandished what looked like a handgun.

Gilbertson then fled the bank without receiving any money from the employee. He was captured shortly afterwards.

Gilbertson was previously convicted of robbing a San Luis Obispo branch of Bank of America in 2013. During sentencing, Gilbertson reached into his pants, pulled out poop and began eating it. He also has a prior conviction for sexual battery.

A court trial on the two alleged priors is scheduled for next week. Depending on what the judge determines regarding the priors, Gilbertson faces a maximum sentence of 35 years-to-life.