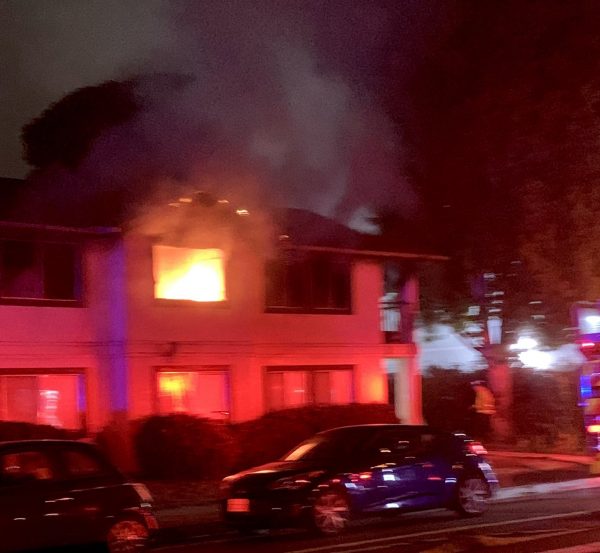 At 11:28 p.m., a caller reported a fire burning at an apartment building in the 1400 block of Longbranch Avenue. Firefighters arrived at the scene to find flames shooting from an upstairs window, according to the Five Cities Fire Authority.

Five Cities firefighters extinguished the blaze with help from Cal Fire personnel. Initially, there were no reports of any injuries.

Officials have yet to release additional information about the blaze, which remains under investigation.