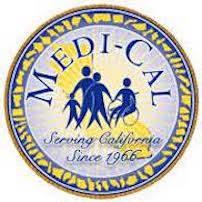 Ventura County, along with three health care providers operating in its jurisdiction, one of which is Dignity Health, have agreed to pay a combined total of $70.7 million to settle allegations that they broke federal and California laws by submitting false claims to Medi-Cal amid an expansion of the program under Obamacare.

The Patient Protection and Affordable Care Act, or Obamacare, created the Medicaid Adult Expansion program. Medi-Cal, California’s Medicaid program, subsequently expanded to cover previously uninsured adults, ages 19 through 64 without dependent children and who had annual incomes of up to 133 percent of the federal poverty level. The state program launched in Jan. 2014, with the federal government fully funding it for its first three years of existence.

Whistleblowers brought forward allegations that Ventura County and three health care providers submitted false claims to Medi-Cal for services provided to Adult Expansion Medi-Cal members between Jan. 1, 2014 and May 31, 2015. The claims were allegedly for overstated or duplicate services, and the resulting payments constituted unlawful gifts of public funds, according to the United States Department of Justice.

Ventura County Medi-Cal Managed Care Commission, which does business as Gold Coast Health Plan, will pay $17.2 million to the federal government. Gold Coast is a county-organized health system that contracts in order to provide health care services under Medi-Cal in Ventura County.

Dignity Health, a San Francisco-based nonprofit hospital system that operates two acute care hospitals in Ventura County, will pay $10.8 million to the federal government and $1.2 million to the state of California.

“We will pursue every health plan and provider that prioritizes profits over patients,” Acting United States Attorney Stephanie S. Christensen said in a statement following the settlement announcement. “The money at issue in this case was designated by the federal government to pay for services to treat Medicaid expansion patients, and it never should have been used to pay for services that were already – or, simply never – provided. Medicaid is a taxpayer-funded program that exists to help patients afford health care, and it never should be used to line the pockets of health care providers through fraudulent schemes.”

“Medi-Cal props up our communities by providing access to free or affordable healthcare services for millions of Californians and their families. Those who attempt to cheat the system are cheating our communities of essential care,” Bonta said. “I want to express my gratitude to the United States Department of Justice and the United States Attorney’s Office in Los Angeles for their extensive efforts throughout the course of this investigation. The California Department of Justice and our law enforcement partners will continue to hold accountable those who defraud the Medi-Cal program, and protect those it serves.”