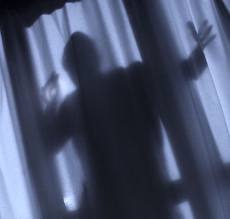 Atascadero police arrested a man suspected of breaking into two businesses early Saturday morning, and then leaving a trail of blood.

Shortly before 3 a.m., an alarm alerted officers to a burglary at a business in the 5800 block of Traffic Way. Officers arrived to find someone had forced their way into two businesses. The suspect did not take any cash.

Officers also determined the burglar had cut himself on broken glass. For over an hour, a K9 followed the trail, but did not locate the suspect.

However, at about 8:30 a.m., officers located an injured male in the 6800 block of El Camino Real who matched the suspect from video surveillance gathered from one of the businesses.

Atascadero Fire and Emergency Services personnel treated the suspect, who is not being identified at this time. Investigators plan to seek burglary and vandalism charges from the San Luis Obispo County District Attorney’s Office.